A Short History of the Drones Club of London, by David Colvin.

15th ANNIVERSARY OF THE DRONES CLUB OF : EVENING AT THE ON SATURDAY 13 NOVEMBER 2004


“A SHORT HISTORY OF THE DRONES CLUB OF ”


It is great to be back with the Belgian Drones, to celebrate their 15th Anniversary in the wonderful surroundings of this 17th century castle. I have done my best since leaving in 2001 to support the Drones from . But it is not easy, across that broad stretch of water which so often isolates the Continent.


I thoroughly approve of your quest for the ultimate gentleman. We sorely need more of them in the 21st century. In considering who or what constitutes a gentleman, it occurred to me that clues might be found in the chequered but little known history of the Drones Club of London. Why not examine the kind of people who founded the Drones, the rules they laid down, the composition of the membership, their premises, what they ate, their activities - and so on. If one could sketch the archetypal drone, one might develop a clearer idea of the archetypal gentleman.


By a remarkable stroke of luck, in pedalling to The Travellers’ Club on my bike, I stumbled across an extremely rare history of the Drones Club of London in an antiquarian bookshop on the . It repays close study.


The Drones Club dates back to 1826, a time when a number of clubs were founded, including the famous Ganymede, the Junior version of which played such an important part in the life of Jeeves. Unlike the Diogenes Club – where all talking between members was outlawed on pain of expulsion, the Drones insisted that no period of silence between members could be allowed to persist for more than 5 seconds. After which members were duty bound – on pain of expulsion - to babble something, anything, however meaningless, to break the ice. Hence the verb ‘to drone on’, one of many words which the Drones has bequeathed to the English language.


Another consequence was that, from the start, the ambient noise level in the Drones Club was notoriously high. Many members were compelled as a result to consult expensive hearing consultants in – specialists who came greatly to value the business and to recommend Drones Club membership to their acquaintances. As a result, Club membership grew fast.


Brass ear trumpets became available at the Porter’s Lodge free of charge – before they started to disappear when a small rental fee had to be introduced. Interestingly, the sale of monocles in also increased at this time. A German nobleman, Prince Waldemar Puckler-Braschaat von und zu dem S’Gravenwezel, who visited the Drones that year wrote:

“The Club premises are of a high standard, albeit short of magnificence, since the membership appears to consist exclusively of noisy and boisterous extroverts who are not given to concealing their emotions, who lie or sprawl on the furniture in the most abandoned fashion, and who would quickly damage or destroy anything of antique importance. When some members complain about uncomfortable armchairs, the problem is quickly solved by chopping an inch or two off the back legs.

A porter is always at his post by the entrance to issue ear trumpets and to take charge of great-coats and umbrellas – the latter article unfortunately indispensable in the climate. Yet umbrellas are stolen in the most shameless manner, be it where it may, if you do not take particular care of them.”


The great Duke of Wellington, a founder member of the Drones, once warned the General Committee of the Club against offering the Athenaeum Club temporary hospitality, remarking, as one who had suffered from bitter experience: “If you let in the Bishops, mind your umbrellas.”


Prince Waldemar noted that most members seemed either to be related to one another or to know each other from their schooldays.


“Mr Morier, formerly our Minister in , who had been Lord Althorpe’s fag at , called one morning at No 11 Downing Street at the time when the noble Lord was Chancellor of the Exchequer. He found him at breakfast. Mr Morier was struck by something he saw on the breakfast table and said “I am looking at your teapots, Althorpe, for they appear to me to be wonderfully like those I used to clean for you when I was your fag.” “They are the very same teapots,” replied the Chancellor of the Exchequer, “they remind me of my happy schooldays and I like to stick to my old acquaintances.”


The moral is that once you have cleaned a man’s teapots, you have made a friend for life. The story also explains why the armorial bearings of the Drones Club include crossed teapots, often mistaken for a pair of gothick duelling pistols. Some also discern a reference to this anecdote in the Drones’ cryptic Latin motto:


which, loosely translated, means ‘may the Drones always flourish – anything goes - even without milk’.


From the beginning, the Drones kitchen served the basic, simple fare of Dr Johnson’s 17th century chop house: the chop, the steak, the sandwich, the savoury, with a strong emphasis on what might be called nursery food. Its wines were renowned, especially the Club red, a full-bodied Cote d’Rhone. The white was notable too, a dry, fruity Entre Deux d’Rhones. The savouries remain very popular, particularly drones on horseback, canapé drone and croque drone.


There is a famous description, in a well-known English novel, Put Out More Drones, published in 1939 on the eve of the second world war, of a Member having lunch in the Drones. As the narrator listens to his lunch guest droning on (yes, that verb again) about the world crisis, suggesting that Herman Goering, that well-known gentleman, should be awarded the Order of the Garter to avert war, he cannot help observing ‘an enormously fat old fellow opening his luncheon with dressed crab and half a bottle of hock   ….’ Later on he notes that ‘the fat man had moved on to steak and kidney pudding, leeks and mashed potato, with a green salad ….’


Finally, with his guest still boring on about the overriding need to teach the Germans how to play cricket, ‘the fat man was now enjoying the first taste of some apple pie, liberally covered with cream from an outsize silver creamer at his elbow, and brown sugar…’ A typical Drones lunch – and I wonder about that cow creamer.


It is a little known fact that famous Drones have given many other important words to the English language. Major-General Sir Gavin MacDonald of the Auld and Aching Screough, needing quick nourishment during the Crimean War in between cavalry charges, invented a beef bun. It became known as the MacDonald. Rear Admiral Theodore T Theodore RN, one of our pioneer submariners, devised a simple garment for use in the cramped and steamy interior of a submarine. This was known as the T-Shirt – and still is to this day. The great English balloonist and Drone, Air Marshal Aloysius Fuller-Oxygen RFC, named his lighter-than-air dirigible, The Levitation. The heavy duty trousers which he perfected for ballooning purposes became known as Levitations, or for short.


The striking originality of the Drones membership is revealed in many anecdotes. In 1905, a Mr Percival Osborn committed suicide in the Billiard Room. By some quirk of trajectory, the bullet not only blew his brains out but, more seriously, tore a furrow in the green baize. Assessing the damage with disgust, the Chairman uttered the immortal words:


“A gentleman commits suicide in the lavatory. We shall make sure that he never becomes a member of another club.”


In the 1880s, a member fell out with a waiter over a lamb chop and proceeded to push him out of the window. In response to murmurs of disapproval around the dining room, the member summoned the Head Waiter and instructed: “Add him to my bill.”


As well as the swimming pool, the Library and pictures in the Drones Club were once famous. Sadly, the books were progressively sold off to meet recurrent financial crises, usually the result of speculation by the Club Secretary on movements in the Indian rupee. The shelves of the library are now given over to a major collection of policeman’s helmets, acquired over a century of and Cambridge Boat Race nights, usually in Piccadilly.


The cost or restoring the pictures from the repeated impact of bread rolls and buns, including the famous MacDonald, became prohibitive and they too were sold off.


For its first hundred years, the Drones Club was as immune from the designs of women as the monasteries of . Not only were ladies not admitted but, by convention, none was even allowed to write to a gentleman via the club address. For many Drones, a prime purpose of the club was to escape the attentions of the opposite sex and avoid becoming ensnared in one of God’s artfully spun daisy chains. However, by the 1950s women were making inroads, their trump card being the Club’s desperate and recurrent need to increase revenue. Nevertheless, it took another thirty years for the portals of the Drones to be thrown fully open to the fair sex and even now there are important rooms reserved for male members only.


Finally mention must be made of the famous Club cat, ‘the Terror of the Drones’, in the 1940s and 50s, a plumpish ginger described as being of ‘unreliable aspect’ and given to ripping the leather furniture. It was at first welcomed because of its youthful abilities as a mouser. Sadly, when it had lost these and become sedentary, idle and greedy, its fearsome and terrifying aspect meant that no-one dared approach, let alone assassinate, it. That onerous duty was left, one happy day, to a passing tram.


So what emerges from this fascinating history for the concept of gentlemanship, in terms of upbringing, moral code and character traits? Well a great deal but, I fear, much of it contradictory. We learn that a gentleman can steal umbrellas but still be an animal lover. He is a lover of art and books but can do without both. He can eat vast, high-calorie lunches and sustain a non-stop conversation by droning on indefinitely yet be practical, ingenious and clubbable. He may be deaf and a misogynist but he has impeccable manners and is ready to pay for any damage to Club servants. 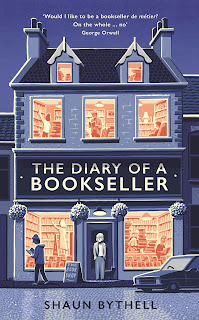